The Diversification of the Project Manager

How has technology affected my role in advertising? 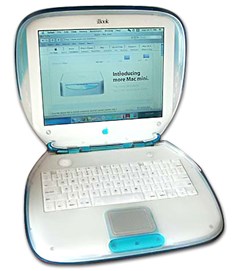 I thought about this question and thought how the role of a Project Manager has diversified over the last ten years. Nothing stays the same over time, but the fierce rate of change and subsequently the variety it has produced during this time has been remarkable. Progress is a nice word to describe the changing of things over time, but I'm not sure this is always the way. Fourteen years is a long time. I joined my first agency in 2001. The world was very different place back then. Apple were only selling laptops and desktop computers, the iPod release was still months away and terrorism at that time was monopolised by the IRA . The atrocities of New York had not yet shaken the world to its core and irrevocably changed it.

Creative services back then, project management now, was very much in keeping with the times. In a word, it was much simpler. One person looked after briefing, trafficking the work through the creative department, producing a creative master and then fulfilling the production schedule./deliverable. Digital advertising was a very niche industry. The dot com bust of 2001 created a world of sceptics to its impact with consumers and its possible longevity. Technology had not yet taken a grip on the creative services department. The digital job bag was a pipe dream. Fast forward six years and the birth of the iphone would change advertising like never before. Agencies, third parties or otherwise, would have to rethink their structures and strategies. Since then, the term integrated has become synonymous with technology, embracing agencies willing to fulfill creative areas in every medium available. The iPhone allowed brands to talk to consumers directly, personally, consistently and in a bespoke manner that hadn't been seen before. 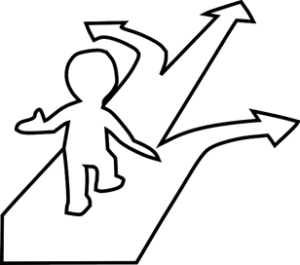 Since this time, the role of the Project Manager has been forced to change. The role has been broken apart as the industry now seeks to find experts in different areas of the PM spectrum, to look after each aspect of the creative process. Digital project managers are as ubiquitous as Print ones and traffic managers are now a regular sight in most agencies. Add that to production managers on both digital and print and the creative services role of 2001 and you now have three people doing the same role. This all  in a time where the recession is still impacting the decision making of businesses globally and unemployment is still at record levels. Technology has been the driving force in the changes of all aspects of advertising. From communication, to advertising mediums and printing, the entire industry has been revolutionised. Business strategy has been most affected during this time. The recession has even greater influence as technology has offered cheaper solutions through the birth of new mediums. 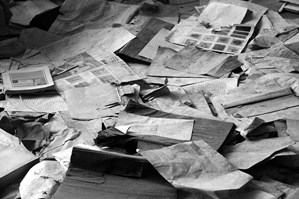 Although print is still the basic requirement for any agency - traditional or integrated - it is diminishing more and more. Budgets are decreasing and a traditional press presence is not the foremost medium for brands to speak to customers.In fact, it is becoming fashionable for brands to avoid press advertising. Not only does it bring down production costs, but also allows a brand to be perceived as modern and forward thinking. As part of social media, Twitter now has the same feel as the Sunday paper, except it’s every single day, all because writers have a platform to reach out through phones, tablets and computers. The need for print advertising is far less than it was even five years ago. In its place, social media savvy project managers are appearing and being deemed just as important for a role that was not even available in 2010, as a PM with 30 years’ experience of print only traditions.

The Effect of Technology On The PM Role

Technology has had a huge influence on the advertising industry. In Project Management we have felt that change more than most. In a time where everyday life is being made more and more simple and easy by gadgets and gizmos; I can’t help looking at how my role has changed and think that maybe we should strip it right back and go back to the days where a Project Manager was a Project Manager, no matter where you went. However, if you want to name your version of a Project Manager in any advertising field, the skill sets will be similar if not identical and the problems will be likewise. Ask anyone now what a Project Manager is in advertising and there appears to be an infinite number of answers readily available. Project Manager, Digital Project Manager, Production Manager, Creative Producer, Traffic Manager and the list goes on. Fundamentally, the roles are the same and the skill set can be applied across all. The biggest differentiation is the moment in the process that the manager enters and technology they are governed by, either creatively or by process. Technology is both creating and killing Project managers simultaneously. It’s better to be versatile than face becoming a dinosaur and much like the meteor that destroyed them. Technology is travelling at an incredible rate.